“If you are religious, then remember that this bomb is Man’s challenge to God. It’s worded quite simply: We have the power to destroy everything that You have created. If you are not religious, then look at it this way. This world of ours is 4,600 million years old. It could end in an afternoon.” Arundhati Roy.

We did not inherit the earth from our ancestors. We borrow it from our descendants.

A re-awakening to our inter-connectedness over the past half century has coincided with the mounting suspicion that humans are a plague upon the earth. The bad news is that our ingenuity has generated an abundance of unwanted toxic consequences. The good news is that together, informed and inspired, we can rescue our habitat from our excesses.

Millions of people have previously mobilised worldwide to eliminate nuclear weapons. In the 1980’s we shaped a climate of opinion – a culture of awareness – which permitted the Cold War Warriors to consider abolishing their nuclear weapons. At their summit meeting at Reykjavik, Iceland, on 12 October 1986, President Ronald Reagan and General Secretary Mikhail Gorbachev – much to the alarm of their ‘advisers’ – actually discussed eliminating their nuclear arsenals. Ronnie’s unyielding attachment to Star Wars unfortunately queered that pitch. Even so, together we managed to reduce the threat of superpower nuclear Armageddon, and got the global arsenal numbers down from 68,500 in 1986 to around 15,850 in 2015. But those 15,850 have more than enough firepower to destroy the earth many times over, and the threat of nuclear war has escalated again over the past few years, in the name of counter-terrorism, modernization and proliferation.

But after the energetically anti-nuke eighties and the end of the Cold War, nuclear holocaust – always unthinkable – became almost unmentionable. A mass self-censorship, a mental no-fly zone, a cone of silence descended. Little wonder: no sane person wants to contaminate their dreams with this ultimate horror. But to finish this journey of survival – to abolition – we need to penetrate the fog of fear and denial, informing ourselves and our neighbours without inducing psychological paralysis.

The detonation of a small, ‘primitive’ uranium fission weapon, concealed in a shipping container in Melbourne’s docklands, for instance, would obliterate the CBD, producing roughly a quarter of a million fatalities and an enormous radiotoxic legacy. Meanwhile, the explosion of even a small portion of the currently available 16,400 nuclear weapons would mean global catastrophe. New evidence from climate and volcano-specialists suggest a ‘nuclear winter’ could result from the detonation of less than 100 smallish nukes (i.e. Hiroshima-size) on large urban centres. Think Krakatoa meets Hiroshima and multiply accordingly. Resulting global temperature drops and reduced growing seasons would imperil the lives of 2 billion humans. All this is well within the arsenal capacities of Russia, America, China, Israel, India, Pakistan, France and the UK.

For us, the global public – the victims – the take-home message is this: we need a determined worldwide movement to outlaw and abolish nukes. To get there in this generation, we need to build the wave of public opinion into a mighty crescendo: a massive, surging, irresistible force which carries us all the way to absolutely zero nukes. Without it, even the most inspirational of leaders will falter on the way.

What can each of us do that might move us along the road to a solution? And what exactly constitutes ‘a solution’? In the world of pragmatism, where deals must finally be cut, a treaty to ban nuclear weapons once and for all is urgently required. Not just negotiated, signed and ratified by the worlds parliaments, but implemented all the way to zero. Maybe this route seems pedestrian, but there is no other: we must resuscitate, rejuvenate and exploit the tradition of international cooperation that has achieved bans on chemical and biological weapons, landmines, even dumdum bullets, but not yet on the world’s worst weapons of terror. 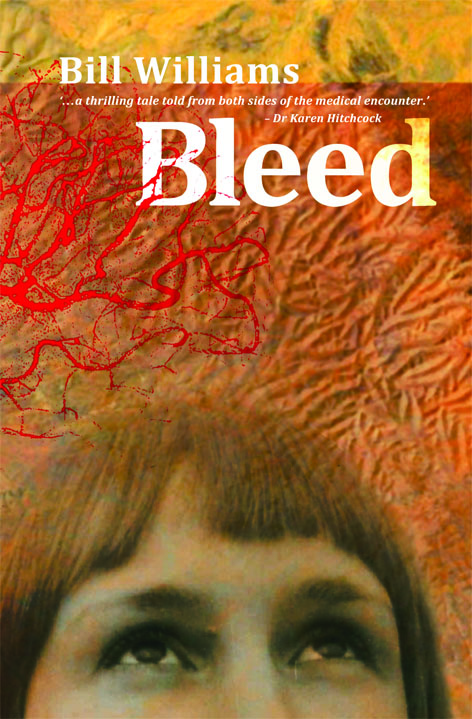 ‘… a thrilling tale told from both sides of the medical encounter.’ Dr Karen Hitchcock

‘… packed with action and emotion – much too extraordinary to be fiction.’ Prof. Frederick Mendelsohn

‘A great story of love, the most powerful force for healing we have.’ Prof. Rob Moodie